Dipping in the doo-doo 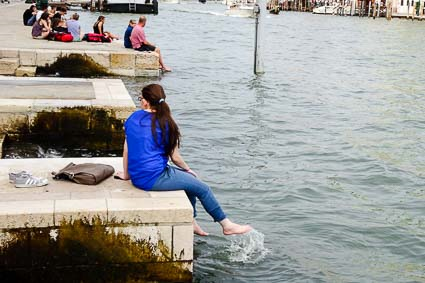 ABOVE: Before cooling your heels in Venice's canals, put on latex socks.

In the summer months, it isn't uncommon to see tourists dipping their toes or feet into Venice's canals, presumably in an effort to keep cool.

Before emulating those clueless or intrepid visitors, consider this: An estimated 90 percent of Venice's human waste is flushed directly into the city's canals, and a public-health study detected Hepatitis A virus and enteroviruses in 78 percent of the canals that were tested over a two-year period from 2003 to 2005.

Venice's canal-based sewer system is more than a thousand years old, and it continues to work well by medieval or pre-Victorian standards.

The principle is simple: Venice's canals are flushed by tides twice a day, and the receding tides pull waste from the canals into the Venetian Lagoon and ultimately toward the Adriatic Sea. As a bonus, saltwater has a mild sanitizing effect. (Dilution helps, too--there's far water in a Venice canal than in a typical sewer pipe.)

Critics point out that detergents and other modern "grey water" pollutants interfere with the natural breakdown of fecal matter. That may be true, but even if it weren't, the fact remains that dumping raw sewage into public waterways isn't acceptable in the 21st Century.

The city has made some efforts on the sewerage front--renovated properties are theoretically required to have pozzi neri or septic tanks, for example--but for the most part, building drains flush directly into the canals, and the gospel song Wade in the Water is bad advice for visitors to Venice. 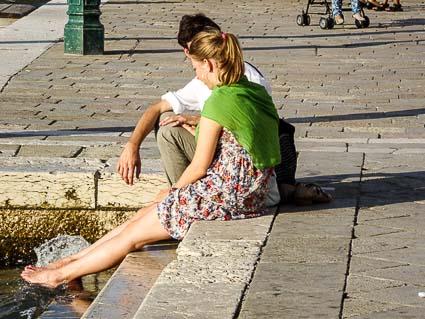 ABOVE: A visitor enjoys a fecal footbath. 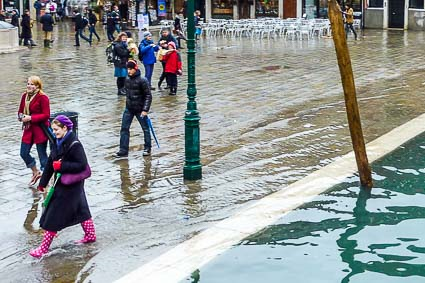 ABOVE: During acqua alta (tidal flooding), water from Venice's polluted canals oozes into the streets. 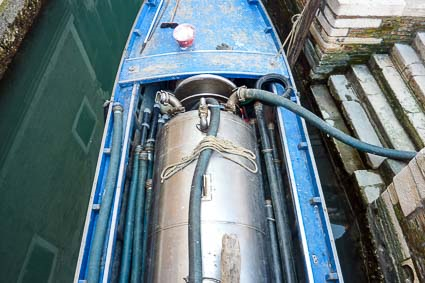 ABOVE: A pozzo nero ("black well") boat sucks out a septic tank at a bar near the Campo San Giacomo dall'Orio. 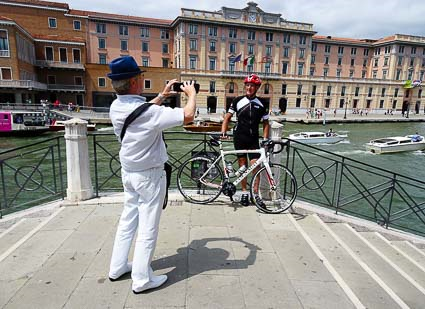 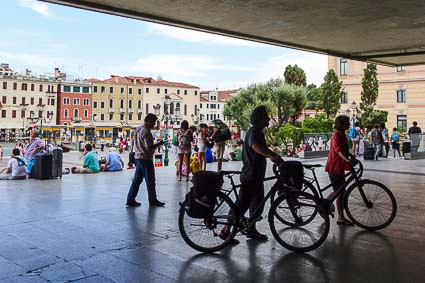 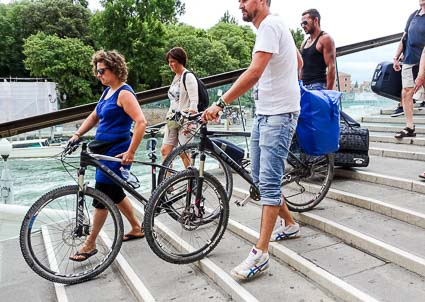 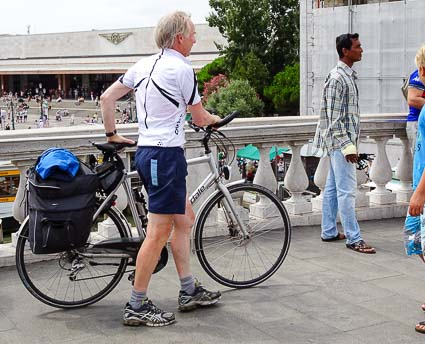 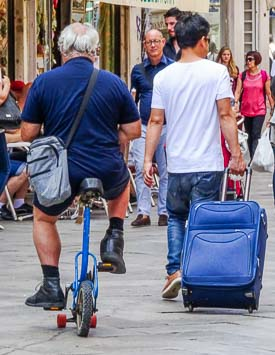