Acqua alta, or high water, occurs in Venice when a high tide coincides with a drop in barometric pressure, often in combination with a scirocco wind that pushes water toward the northern end of the Adriatic Sea. The sea's water level rises, and the excess water is forced into the Venetian Lagoon at high tide, flooding low-lying areas of Venice for several hours until the high tide recedes.

The main acqua alta season is from October to April, and the flood tides are especially common in late fall. Today, the high water was fairly moderate--about 100 cm above the official zero mark--but it was high enough to inundate the Piazza San Marco, which is prone to tidal flooding. Cheryl took these photos, which show how life goes on for Venetians and tourists even when the streets are filled with water: 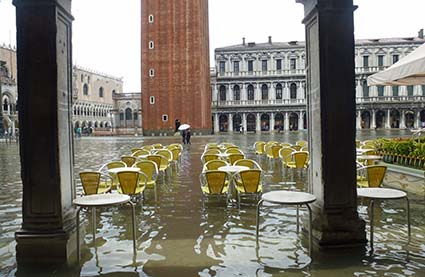 ABOVE: By noon, the Piazza San Marco was flooded, and its café tables had been abandoned. 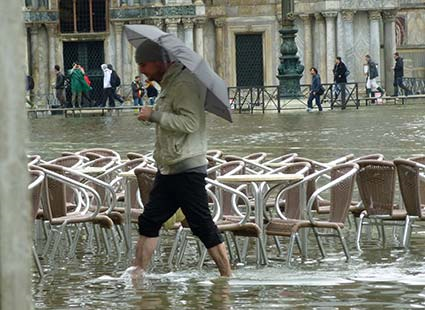 ABOVE: Unprepared tourists quickly bought disposable plastic boots from souvenir shops or street vendors, unless they chose to follow this man's example and treat the Piazza as a wading pool. 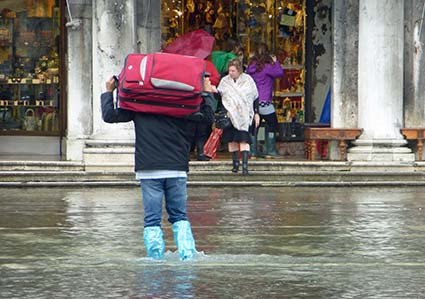 ABOVE: This man learned the limitations of wheeled suitcases in a city where streets and squares can turn into ponds. 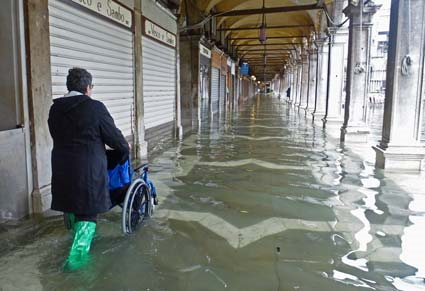 ABOVE: The Piazza's arches provided shelter from the rain, but wheelchairs became amphibious vehicles. 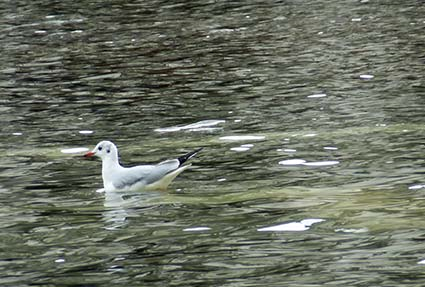 ABOVE: A seagull enjoyed a peaceful bath in the uncrowded square. 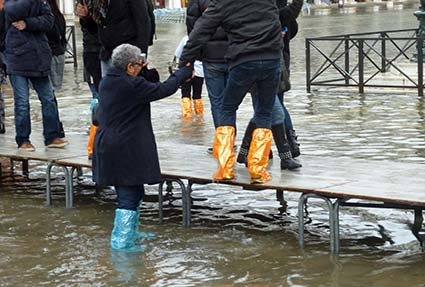 ABOVE: In the meantime, tourists and locals were climbing onto the passerelle, or temporary walkways, that municipal workers had set up in front of the Basilica di San Marco. 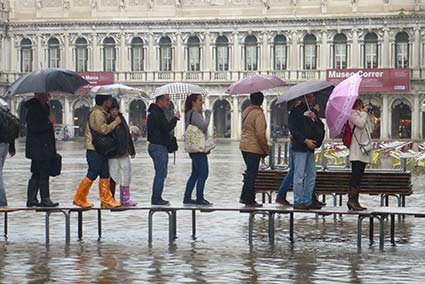 ABOVE: Today, the maximum water level was well below the temporary walkways, but in more extreme cases of acqua alta, the passerelle can be submerged by the tide for an hour or two. 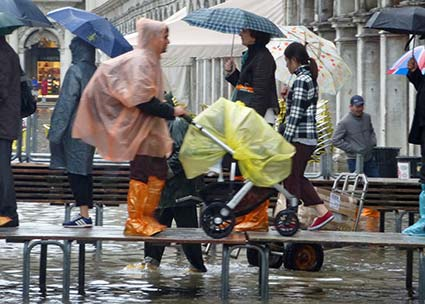 ABOVE: This mother and her toddler were protected from the tide and rain by disposable boots, a polyethylene poncho, and a plastic rain cape for the stroller. 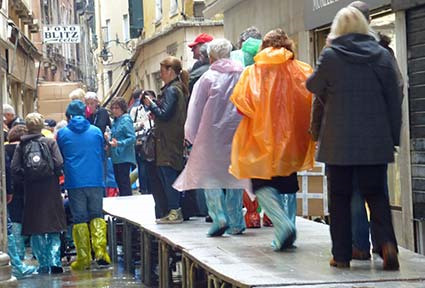 ABOVE: The passerelle ended in a series of stepped platforms on higher ground. 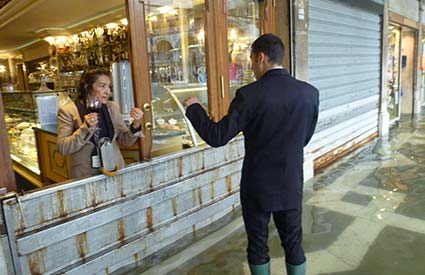 ABOVE: While less fortunate folk braved the elements, well-heeled residents and tourists took refuge in the Piazza San Marco's expensive cafés. In this photo, an employee of Lavena (on the north side of the square) talked to a customer across a temporary steel floodgate. 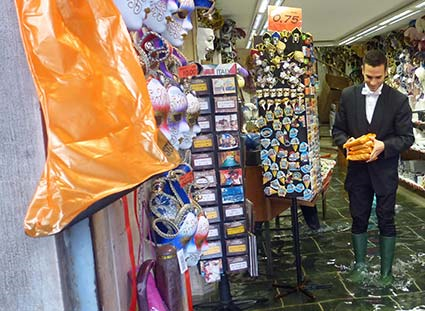 ABOVE: Cheryl switched into paparazzi mode and followed the café employee to a nearby shop, where he purchased several pairs of disposable plastic boots. ABOVE: Moments later, the man delivered four pairs of plastic boots to the café guest. 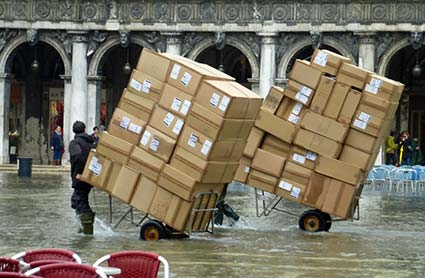 ABOVE: As tourists frolicked in and around the flooded Piazza, everday life went on for these deliverymen. 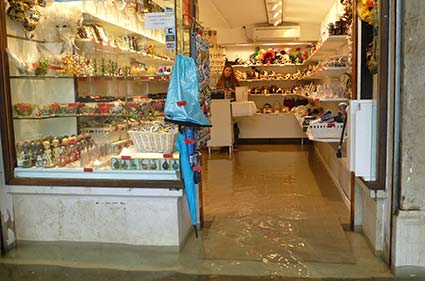 ABOVE: For shopkeepers, acqua alta was both a nuisance and a sales opportunity. 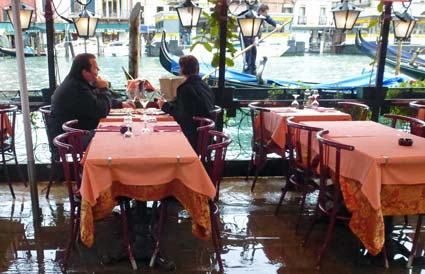 ABOVE: Acqua alta also hit other areas of the city in varying degrees. At this restaurant overlooking the Grand Canal near the Rialto Bridge, the waxing and waning of the waters weren't enough to spoil an alfresco lunch.

For more information on tidal flooding in Venice (including forecasts on your computer or mobile phone), see our Acqua Alta article at Veniceforvisitors.com.