Venice has a new tourist tax 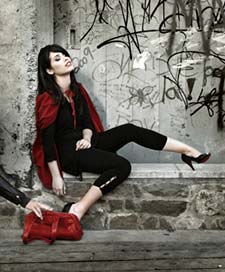 ABOVE: Protect yourselves from pickpockets and purse-snatchers in Venice, because you'll need money to pay the new tourist tax.

For a city that depends heavily on tourism for income, Venice often shows a contemptuous attitude toward visitors. For example, Actv (the local transit authority) makes tourists fork over nearly six times the fare that locals pay for a vaporetto ride, and spending a penny at a public WC will cost you one and a half euros--or more than you'd pay for a Value Meal hamburger at McDonald's in most countries.

To add insult to injury, the City of Venice is introducing a tourist tax on visitors who stay in hotels, B&Bs, campgrounds, and other lodgings. The tax, which goes into effect on August 24, is charged per person for the first five nights of the tourist's visit.

How much is the tax? That depends. The city's official annuncement states:

"Tariffs will vary according to season (there will be two fares, one for low and on for high season), location (three areas have been identified: Venice old town, the islands and the mainland) and to the type of accommodation (hotels, b&b, campsites, holiday village, etc). In fact, there is a series of tax reductions foreseen for accommodation facilities located on the islands in the Lagoon (30%) or on the mainland (40%) and during low season (up to 50%)."

The formula is extremely complicated, but you can expect to pay anywhere from 20 cents a day to five euros per day for each adult, depending on location, season, and type of accommodation. Children from ages 10 to16 get a 50% discount, while kids under 10 escape the tax. For a detailed PDF document in Italian, click here.

This sounds as though it will cost more to implement than any revenue received. Any idea when it will start?

It starts on August 24. (I should have made that clearer in the blog post, which I'll update now.)